“Members of Levica detained”, a story by citizen journalist Vulnet Mahmuti, is the first-prize winner at today’s awarding ceremony for citizen journalists of the competition that is organized by CIVIL-Center for Freedom within the “Civic Lenses” project. The decision was made by the three-member jury commission due to the visibility of the story and the reactions that were created among the public, especially since the journalist himself was also detained by the police.

A citizen journalist who wanted to remain anonymous, sent a video and some photos to the editorial office of CIVIL Media that he had downloaded from the Facebook page of kindergarten “Bleta” (“Bee”), which after the fierce reactions of citizens on the social networks, was later deleted.

The citizen journalist received the second prize for this story titled “Kindergarten in Cair conducts religious indoctrination of children!”

The Commission decided to award the third prize to citizen journalist Sotir Gabeloski from Krusevo for the photo-news “Sports hall in Krusevo with broken windows and without locks”. Namely, following the publication of the news, the Municipality of Krusevo within a week repaired the damages in the sports hall.

CIVIL also awarded two fourth prizes. The first fourth prize went to citizen journalist Kliment Arnaudov from Ohrid for the story “Communal enterprise in Ohrid dumps dogs at landfill” that speaks about the cruel behavior of the Public Enterprise “Komunalec” from Ohrid, which dumped the city dogs at the Bukovo landfill, which had already been vaccinated and sterilized. The Director of Public Enterprise “Komunalec” was reserved, and later resigned, as she explained, due to personal reasons.

The second fourth prize went to Damjan Temkov from Skopje for the video titled “Orange phase: Workers on the field, inspections cannot keep up”. In the statement for CIVIL, Temkov urged citizens not to be afraid, to report and fight against injustice.

First prize winner Vulnet Mahmuti stated that he would always fight for the truth.

The awards were presented by Maja Ivanovska, member of the jury commission, and were handed out by Xhabir Deralla, President of CIVIL.

CIVIL invites all citizens to participate in the “Civic Lenses” project, and to become part of the big family of citizen journalists worldwide, who are changing society with their activism.

“Civic Lenses” is a project of CIVIL, which for the second year is opening opportunities for citizens to publish their stories freely and without censorship.

The project is financed by National Endowment for Democracy. 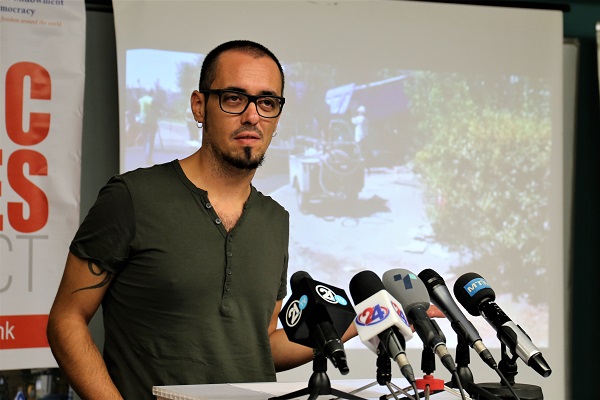 Temkov: Do not be afraid! 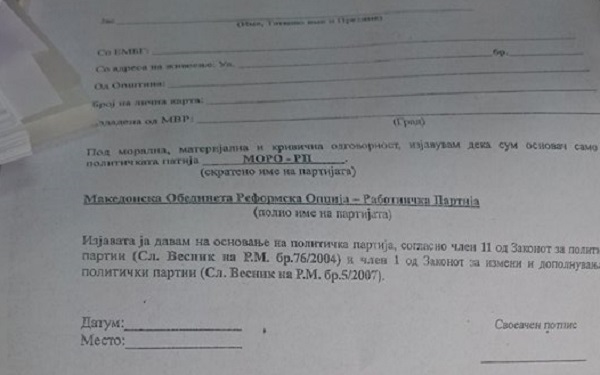