Following the announcement of a citizen journalist  from Ohrid, who reveals the manner in which the Public Enterprise “Ohridski Komunalec” deals with the problem of homeless dogs in the city, CIVIL Media contacted the director of the enterprise Elena Skrcheska.


“I do not not know what to tell you”, says Skrcheska, in reply to the question of whether the communal enterprise that she manages has dislocated the dogs to the Bukovo landfill. 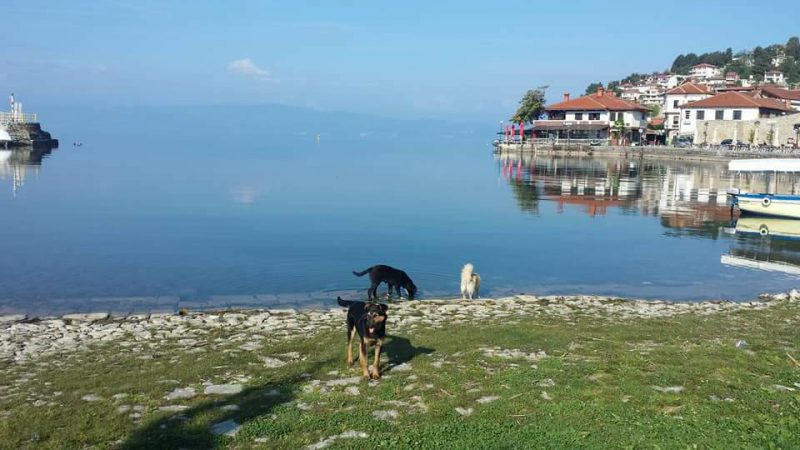 After we told her about the videos and photos, as well as the testimonies of people who happened to see the white van dumping the dogs at the landfill, the Director replied: “I do not have a van! Our van is broken down!” As to the question how then does the enterprise carry out its daily duties, Skrcheska commented briefly: “We manage somehow!”

When we asked for her to deny the case, she nervously replied: “Listen! You call that ‘Animalia’, that association, for them to take care of the dogs! We have nothing to do with them!”

Kliment Arnaudov, citizen journalist and activist from Ohrid, who revealed the case, says that it is not the first time for the Director of the enterprise to put the blame on others. He indicates that such an inhumane treatment of animals by the “Ohrid Komunalec” not only sends a bad message for the city, but that it also represents a real danger, not only for the animals, but also for the people. “The greatest danger is an outbreak of a contagious disease because of the unhygienic conditions at the landfill. There are already two sick dogs there. There is also no water there. The most dangerous thing is that the landfill is next to the regional road Ohrid – Bitola, and there is a great risk of them being run over, which also brings into question loss of lives in traffic accidents”, says Arnaudov. 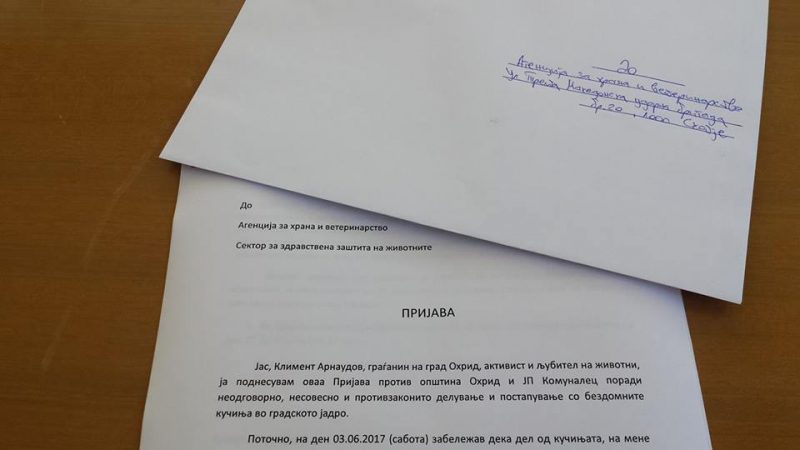 Arnaudov also prepared a notification for the Food and Veterinary Agency for irresponsible, unconscious and illegal action and treatment of homeless dogs in the city, by the Municipality of Ohrid and PE “Ohridski Komunalec”. 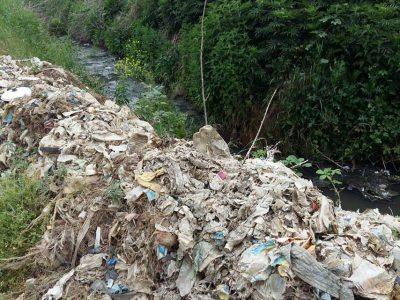 Illegal landfill in Kicevo, not a priority ...