CIVIL LENSES: More than a project

BEFORE YOU IS ANOTHER PUBLICATION of the Civic Lenses project, dedicated to the promotion of transparency and responsibility in the political processes. CIVIL, with the support of National Endowment for Democracy, launched this project in October 2015. Soon, this project grew into something much more than a project. It became a part of the way the organization operates, and certainly it became an important component in the processes of creating the organization’s methodologies and approaches overall.
The Civic Lenses project simply exceeded all the expectations of CIVIL’s team. We started with the promotion of citizen journalism as an innovative and creative, and at the same time, simple way for participating in changes in society and in the role and functioning of the media.
We developed a broad and numerous network of activists who became familiar with citizen journalism – activism and media production free from constraints, fear and censorship. Through citizen activism and the technological benefits, we highlighted the opportunity for citizens to always be first on the “frontline” with accurate, objective and timely information.
Citizen journalists are aware and active citizens who want to bring about changes in their communities at the local and national level. The project brought citizen journalism closer to those who want to participate in the democratic transformation of society.
Civic Lenses grew from the very beginning into a space where, through photos, videos, texts and screenshots, contributions were published that represent the true image of our society, in a way that the mainstream media cannot or do not want to capture.
The skills and knowledge to have that effect in the public and media discourse were part of precisely the educational material lectured at the numerous seminars. CIVIL’s team itself also learned quite a lot during the implementation of the project and the activities of the organization. In some way, this project became one of the most successful projects of the organization during its 20 years of existence.
In this publication, we are publishing a selection of texts prepared by the project implementation team that refer to different project components and achievements. As we said at the beginning, and you will see this also as a title of this publication, this is much more than a project, as at the very begging of its implementation, this became a space where one can say that the project belongs to all interested citizens who are ready to participate in democratic changes in our country. All that is needed to participate in this project is goodwill and readiness to defend human rights and freedoms. This is not a project of CIVIL, this is YOUR PROJECT. 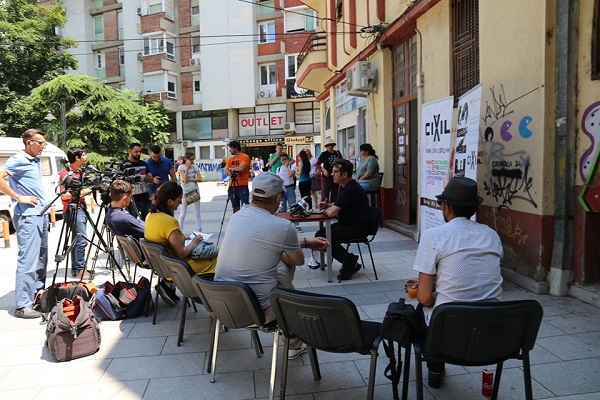