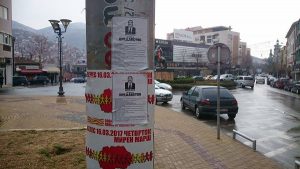 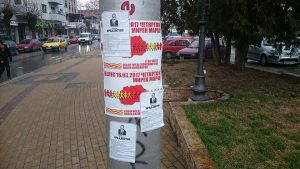 Yesterday, such identical warrants appeared at several locations across Skopje with pictures of Pavle Bogoevski, Ivana Tufegdzic and Stevo Pendarovski.

I demand an answer!