Home›Uncategorized›Tourists getting familiar with Macedonia through citizen journalism

Tourists getting familiar with Macedonia through citizen journalism

Two young tourists from Belgium passing through the Old Skopje Bazaar curiously stopped in front of CIVIL’s stand at the public presentation of the  “Civic Lenses” project, which opens the possibility for their involvement in freeing the media space. 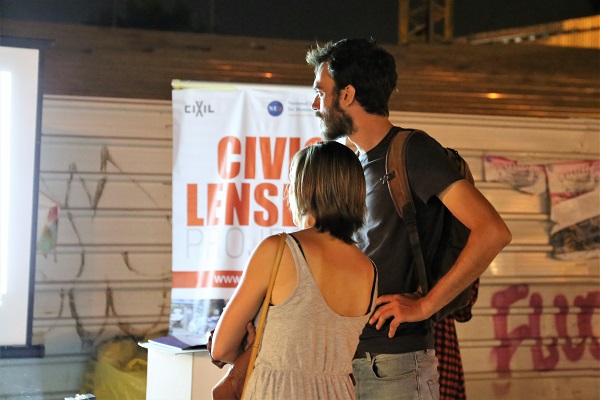 That  citizen journalism is gaining momentum was also confirmed by these two enthusiasts, saying that the power of the social networks contributes to the fight for free and independent media in their country as well, and also in the countries they have visited previously.

Through a conversation with CIVIL’s team, the two young intellectuals expressed their startlement from how the capital of the country looks like, from, as they say, all the “discord” in the architectural solutions of the “Skopje 2014” project. 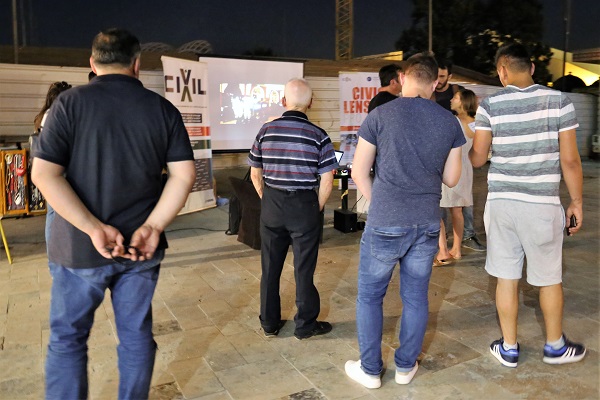 Curious to learn more about the “Civic Lenses” project and the political situation of the country, they revealed that they were not familiar at all with the long-lasting political crisis in the country. They were informed about the Colorful Revolution through the video materials of the citizen journalists that kept reaching CIVIL in the past two years, and which were part of the materials that were presented at the public presentation of the project in front of the SEE University.

“We are familiar with the protests in Romania, but we had no idea that such large-scale protests also took place in Macedonia”, they told us.

Due to increased interest in citizen journalism, CIVIL is organizing a workshop for a dozen more interested citizens from Skopje on July 19, from 16:30 – 19:00h.

Workshop for the bold and determined!