Home›Newsroom›Protest in Karpos: A stop to the urban mafia!

Protest in Karpos: A stop to the urban mafia!

The civil initiative “Green Taftalidze”, last night once again organized a protest in the Municipality of Karpos, under the slogan “A stop to the urban mafia!”.

A large number of residents from “Taftalidze” attended the protest. They are revolted from the attitude of the municipal authorities, which have handed over the land that is next to the children’s playground on “Varsavska” No. 19, to a private investor, who plans to build a multi-story building. 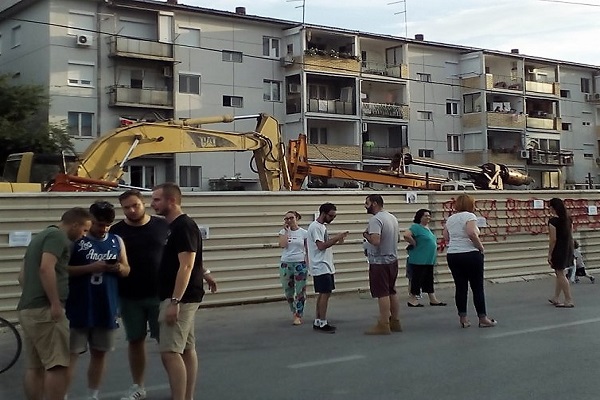 There is much dissatisfaction among citizens, since no one from the Municipality has consulted them for this project, and the building that will be built will extend to the sidewalk itself and will be very close to the neighboring buildings. 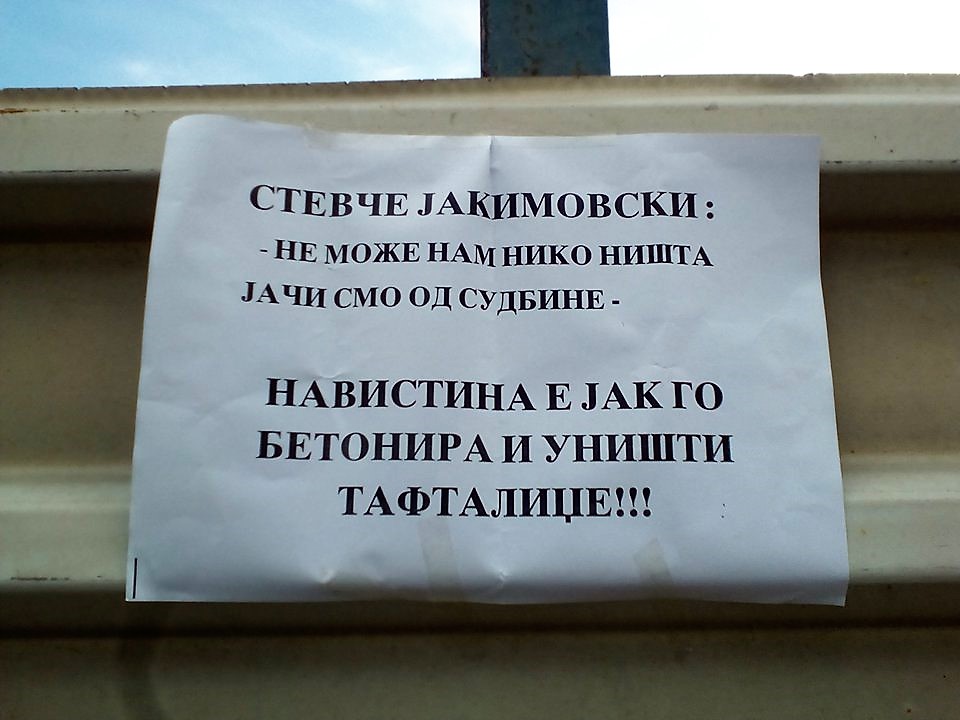 From the initiative “Green Taftalidze” they have demanded an immediate stop to this construction, as well as to all the rest of this type in the entire municipality, because they disturb the everyday normal life of the citizens and contribute to the destruction of the greenery in the Municipality. 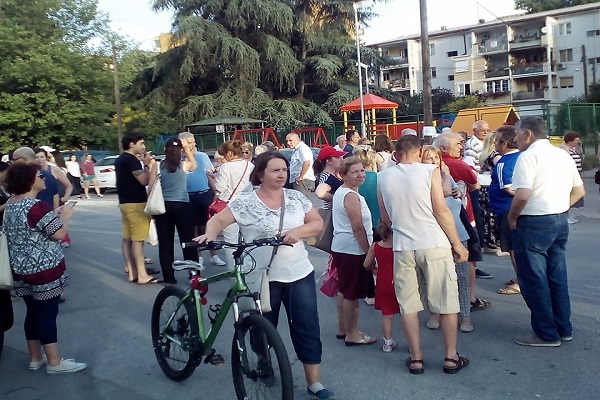 Representatives of the civil initiative stressed that they would organize new protests in order to prevent the urban violence and urged all citizens to actively join them in their activities.