Home›Uncategorized›CIVIL’s dynamic agenda in the past week

CIVIL’s dynamic agenda in the past week

CIVIL published and promoted the publication “Losing identity or…?”, on December 19, as contribution in the process of providing, public, civil and political dialogue for finally solving the three-decade long name dispute, and also in regards to the constitutional changes that emerged as an obligation from the Prespa Agreement. 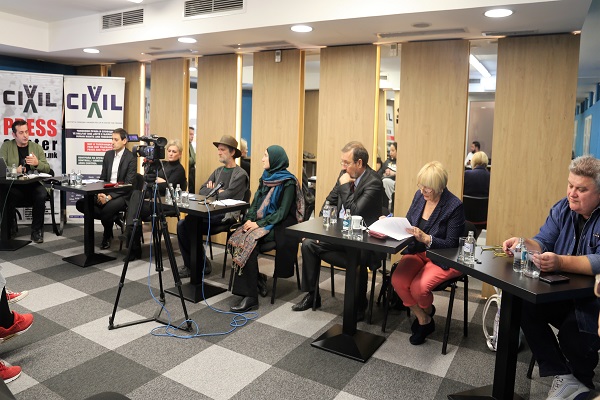 Part of the participants in the project “Losing identity or…?” and from the panel discussion with the same title that was held on December 19, 2018. Photo: B.Jordanovska/CIVIL

In order to shed light on the identity issues that developed from the signing of the Prespa Agreement, CIVIL began the project “Losing identity or…?” in partnership with the Heinrich-Böll Foundation from Germany. The project includes the participation of Katerina Kolozova, Mirjana Najcevska, Mirjana Maleska, Diana Tahiri, Mersiha Smailovc, Xhabir Deralla, moderator and project manager, as well as editor of publication, Saso Ordanoski, Ljubco

Georgievski, Petar Bogojevski, Zvezdan Georgievski, Sinisa Stankovic and Vojo Maneski. Their video presentations from the panel discussion with the same title, held on November 15, were incorporated in the publication. 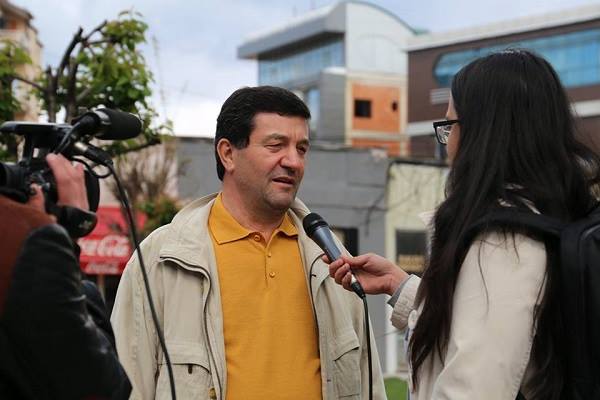 CIVIL MEDIA team on the ground. Photo: B. Jordanovska/CIVIL

CIVIL last week continued with its field activities. This time we asked the citizens of Skopje about their standpoint on the newly adopted Law on Amnesty. This is just a small part of the long-term monitoring of the political processes and events, as well as the situation of human rights and freedoms, as well as a component of the project “Citizens for a free society”.

Like in the past three years, CIVIL continued also in the past week with publishing stories of citizen journalist, as part of the project “Civic Lenses”, dedicated primarily to transparency and accountability of political parties. The two published stories this week refer to traffic safety.

The organization continued with field activities related also with the project “Communities against violent extremism”.

CIVIL held or took part in many meetings, events and meetings with NGO’s, institutions and international missions on current topics and issues in the country, including the topics on the political situation, the situation of human rights and freedoms, elections and many others.

MURATOV: AS LONG AS THERE ARE PEOPLE ...

Firecrackers at every corner!