Home›Newsroom›Why I became a citizen journalist?

Why I became a citizen journalist?

Citizen journalism for me is more than just a hobby. It is a passion that has been preoccupying me for several months now! I learned about this citizen concept of journalism while I was looking for a way to write and for the public to find out the truth on several issues that were bothering me and still are in regards to the non-functioning of the institutions and the inability of the people in our country to fully exercise their rights. 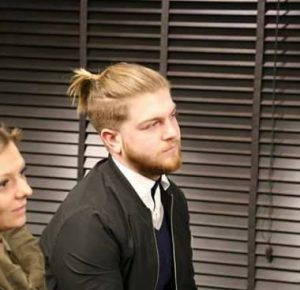 It was then that I learned about CIVIL – Center for Freedom.

At first I registered and participated in a seminar on citizen journalism, where I heard many things that I did not know, I learned that with my mobile phone (smartphone) I can take photos and record events that are taking place in our everyday lives. And most importantly, I learned to prepare texts on things that concern the citizens, that will inform them on what is happening.

Because of citizen journalism, I started to get interested in CIVIL’s other activities. I joined the team during the “Freedom Caravan”, I met the team, we travelled around the country, visited over 40 settlements, hung out with prominent artists, intellectuals, activists, musicians, together with citizens throughout Macedonia.

I became a citizen journalist because I want to help in finding out the truth on all the things that are happening in our country. Yes, it is true that there are many media outlets here. But, how many of those actually tell the truth today? We know, we watch, hear and read that a great part of these media depend on certain businessmen, as well as parties, and especially on those who (were) are in power or are close to them.

We can see how some media are hiding the truth from the public, from all of us. They are hiding the bad things of the government, of the ministries, of the local authorities, they are not reporting about the various abuses and violations of human rights, they are protecting those who are powerful.

It is precisely because there are so many dependent media that I decided to become a citizen journalist, to respond and to inform as many people as possible on what is true and is being hidden from us. For one of my contributions, which speaks on how much our country cares for the security of the citizens and the tourists, titled   “Skopje 2014“: A risky walk on ‘Macedonia’ square” , I received an award in the competition for citizen journalism within the “Civic Lenses” project

It is not difficult at all!

Therefore, I want to send a message to all of my fellow citizens, for them to take interest and become citizen journalists. Our country needs free minds and people who fight for the truth and freedom, something we are lacking very much these years.

Skopje has no place for a bird ...