Within the framework of CIVIL fest, six more awards were awarded for the most successful stories of citizen journalists who have submitted photos and video-stories to the editorial office of CIVIL in the past two months.

The fourth prize went to civil activist Hazize Jonuzi, for sending a photo of a message she had received on her mobile phone from the political party VMRO-DPMNE, in which they are calling her to a protest and are expecting her presence. 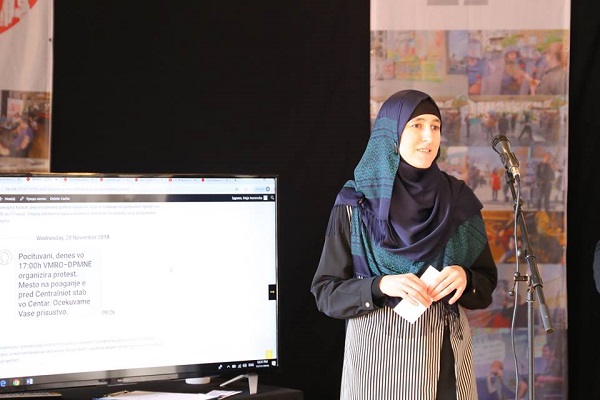 Hazize is encouraging citizen journalists to be more active in order to achieve some kind of change in their environment, and especially encourages women and girls. As Hazize explained, the mentality in Macedonia needs to change, if we want to have a bright future in the EU and NATO.

The winner of the second fourth prize was activist Behar Memishi, for the photo taken in the Municipality of Cair, where photos are taken of the jackets that the people of Cair were donating to those in need of them. 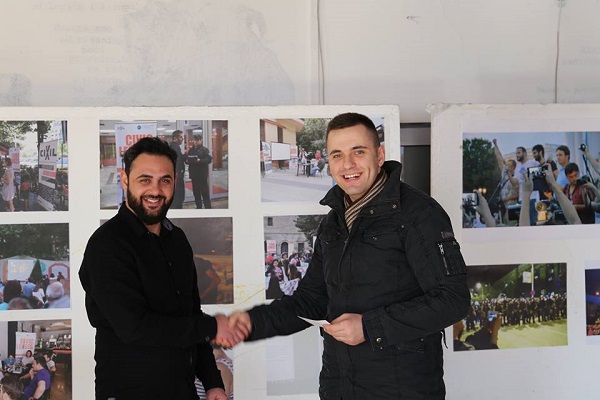 Memishi says that it is an act of humane citizens to donate their old clothes so that those who need it most can take it.

An anonymous citizen journalist won the third prize, who sent a photo to CIVIL from a large pile of waste in one of the basements in the Clinical Center “Mother Teresa” in Skopje. Such photos of the Clinical Center in Skopje are an everyday scene, unfortunately, at a place that should serve the citizens for health care.

The first prize was awarded to CIVIL’s team, for the story that reveals that in the Bitola neighborhood of Bair, the citizens do not have the basic element for life – water. Dehran Muratov accepted the award, who was the first to receive the information and immediately left with CIVIL’s team to Bitola to ask the citizens how they live and whether anyone from the local government comes to visit them. CIVIL also carried out an interview with the Mayor of the Municipality of Bitola, who had visited Bair a day before CIVIL’s team had arrived. 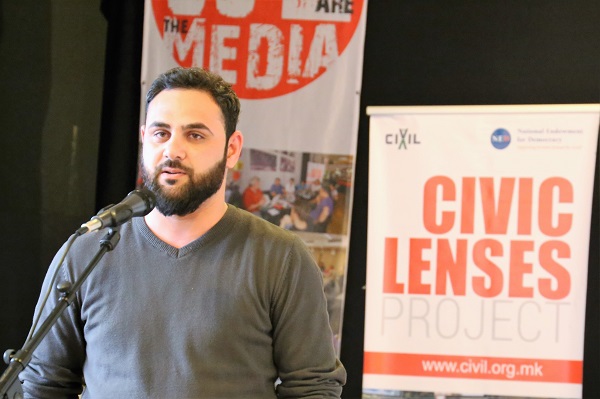 Dehran Muratov, winner of first prize for the story “Part of Bitola Bair doesn’t even have drinking water for decades”, December 11, 2018

At this awarding, CIVIL awarded also a special prize to a collaborator of ours who frequently sends us photos and videos about various problems. The special award went to Simona Zivkova for the video protest in Stip on the occasion of the lost life of a teenager on the streets of Stip, where his friends from school protested. The high school student was run over on the “Goce Delcev” boulevard, and citizen journalist Simona says that this is not the only accident that has happened there.

CIVIL continues to encourage citizens to record and take photos of problems in their area, to raise questions to the institutions and to receive answers! 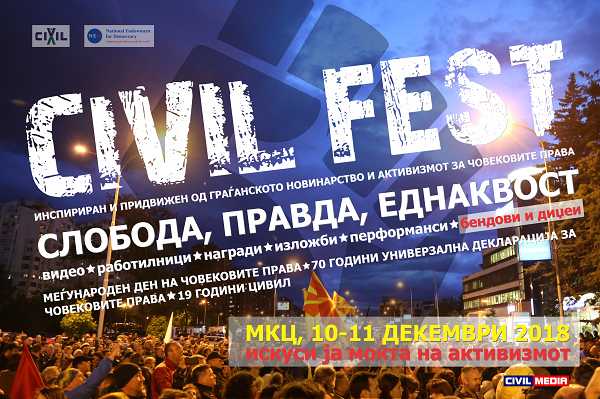 CIVIL FEST WITH A SUCCESSFUL WORKSHOP ON ...

SARACINI: TO BUILD SOCIAL RESPONSIBILITY WHERE WE ...