A citizen journalist who wishes to remain anonymous, sent us a photo in which a large pile of garbage can be seen in front of a basement at the Clinical Center “Mother Teresa” in Skopje.

The photo from the citizen journalist is from a while ago, but she says that there is constantly such a sight at the Clinical Center in Skopje. 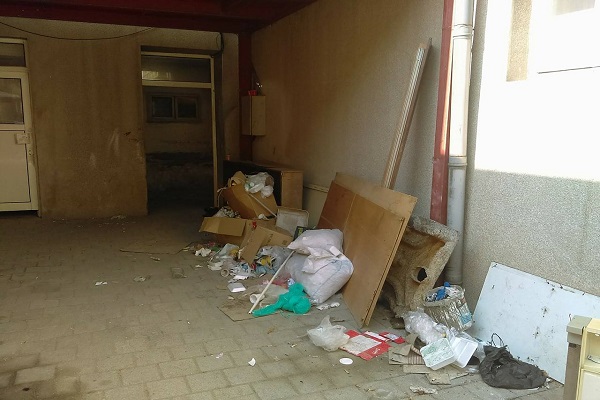 “Maybe this month there won’t be such garbage, but another month there will be just as much somewhere else in the Clinic”, she says.

Citizens shared photos in that period on the social networks of overfilled garbage containers, scattered garbage and medical material throughout the entire Clinical Center, after which the Dutch high school students disgusted from the sight decided to clean up the garbage in the yard.

The question remains, how much longer will high school students from abroad be coming to Macedonia to clean our garbage?

CIVIL calls on citizens to record and ...