Home›Uncategorized›IVANOV: CITIZEN JOURNALISM IS A DYNAMIC MATERIAL THAT SHAPES POLITICS

IVANOV: CITIZEN JOURNALISM IS A DYNAMIC MATERIAL THAT SHAPES POLITICS

Media and journalism are subject to dynamic changes in the context of the development of communication technologies, and in the context of the political systems, both in the positive sense (speed, accessibility, democratic public…), and negative sense of the word (false news, hate speech, manipulations, domination of the business and politics…). Starting from the thesis that citizen journalism can contribute to social and political changes, in a conversation with Zoran Ivanov, we started discussing the questions what actually is most important for journalism today, the impact of citizen journalism and activism, in the fight against false news and hate speech in the given positive and negative contexts.

CIVIL MEDIA: What is most important for those who would like to be involved in journalism nowadays to know in the given contexts?

IVANOV: Anyone who wishes to become a journalist, to be dedicated to this profession, should first of all know oneself. To get to know oneself. To scan oneself as a person with one’s entire interior.

The journalist profession, as an unwritten rule, demands this from every journalist as a foundation of the profession. Just as some who do not have the natural predispositions to be top athletes, for instance, or talented football players, a journalist, and certainly a potential journalist, needs to have a special human trait. To be a person of character. To be humane, to be a fighter for fairness, to be courageous enough to look even the greatest authorities in the eyes. Not to have an inferiority complex, and even less a superiority complex. 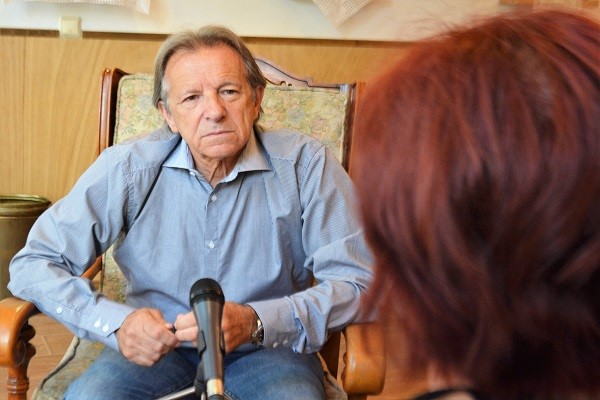 The tool that we all own, and which we call “cell phone”, is the new multimedia wonder, a journalistic tool with many possibilities, Zoran Ivanov, journalist / Photography: D. Muratov

Hence the fact that not everyone can be a journalist. Anyone can be called a journalist, but a journalist can only be someone who can understand, recognize the power of the public word and the power of the media. Who can from the beginning of his or her journalistic engagement understand that journalism tools such as the pen, now the keyboard, the microphone, camera and everything else that is especially offered by information technology, are weapons. Dangerous tools that can only be in the hands of responsible journalist professionals.

From the simple reason that if they are used incorrectly and in an ethical non-standard and morally unacceptable way, they can harm the truth that is the elementary point of reference for the journalistic work. Additionally, by abusing the journalistic power, the media and editorial position, they can unjustly upset, hurt, traumatize and dismay someone.

On the other hand, it is precisely the journalist and the journalism, the editorial office and the media outlet that are the subjects for correct factographic informing of the public, for authentic presenting and interpreting of events and for registering incidences. For the audience, for the public, for the consumers of journalistic information to be accurate, timely and verified, and thus also authoritative.

New technologies give journalism new opportunities, new, practically, unlimited possibilities. Today, thanks precisely to the Internet and information technology tools, seemingly everyone can be a journalist. Literally everyone without exception. The tool that we all own, and which we call a “cell phone”, is the new multimedia wonder, a journalistic tool with many possibilities. With it, everyone can create news, information with text and video from any event where one happens to be intentionally or by accident. At an unusual, unordinary happening from where we can create news and present it publically.

To convey it quickly and efficiently to an editorial, to a portal or just to our profile on our social network. Then, depending on how attractive it is to the narrower or wider public, precisely through these new Internet possibilities, it quickly becomes accessible to everyone. And it not only quickly reaches many news consumers, but it also quickly forms single or collective views in society.

Furthermore, specifically the Internet and the ever greater active presence and participation of the wider public on the social networks, also forms the social democratic public. Meaning all of us as citizens are at the same time able to create news and comment news and to take certain positions in regards to their contents. To participate in the public social life and to form our own judgements for every event, for every information.

That is the one, nice, democratic side of the medal of opportunities that technology offers. Now with its help anyone can place authentic and argued news and other press information.

However, at the same time, everyone can be in the role of a manipulator as well, to convey false news, to create false pictures, doubts, to lead to untruths, to sow hatred, to be in a mercenary or at least in a cheering function and mission of certain political or business centers whose intentions are to come to bare power for privileges, or to indecent profit at the expense of the decent citizens.

But that is why journalists are here. Editorials and the media, and journalists and editors with their responsibilities towards the public. With the power of the profession that is a profession of the truth and a profession for the truth. Exactly because of the fact that everyone can be a “journalist”, but also because of the fact that everyone can be an “anti-journalist”, professional journalists have the additional obligation to fight for the truth in the overabundance of information. To verify the news, to support them with facts, to damask false news and to unveil the intentions of their creators and their controllers and distributors.

It is exactly because of this that it is a responsible role of the journalist, of editors and editorials. They are the main pillar against false news. Against news with insulting contents, with hate speech, with intentions for chauvinism, xenophobia and various kinds of frustrations.

But in order for the journalist and journalism to be that protection to the public, to the democratic public, primary, as persons of character, they need to possess the features from the beginning of the text. Otherwise, the danger is in that they will become part of the authorship of false news, participants in hate speech and instigators of various frauds.

And because journalism is the most public profession, accordingly, also a very responsible profession, journalism demands from journalists to be bold and honest people.

CIVIL MEDIA: Can citizen journalism and activism contribute to improving the situation in the area of good governance and respect for human rights and freedoms at the local and national level, and how?

IVANOV: Citizen journalism is that journalistic and editorial approach that is most directly turned towards the citizens. According to their daily needs in their place of residence, in the city, neighbourhood. Born in the most democratic European countries, the Scandinavian countries from just over a quarter of a century, it justifies its function every day and confirms it with the many undertaken activities and results from them.

With its persistence, with the opening of editorials for the citizens, for their topics of their everyday lives, for their needs, with public addresses and calls to the competent authorities for what has not been done, to the responsible for the situation and for the needs of the people, citizen journalism has transformed into a dynamic material that shapes politics and forces it to descend among the citizens, and to put in the most direct function of their everyday life.

And particularly, with the strength and engaged journalism, to open the institutions, to force them to do their job, to understand that they themselves are not the ownership of themselves, but of the citizens. To make them accessible in the everyday life of the people and to give their dues for the quality of life.

Citizen journalism is breathless journalism. It initiates actions and does not give up, within what is possible and realistic, until it moves politics and the competent bodies in the real sense of the word. To truly be dedicated to life.

Citizen journalism is a reflection of reality. The people are its preoccupation, while it pushes politics and the institutions on their real track to work in a committed and responsible manner for and whom they have been created and paid by. 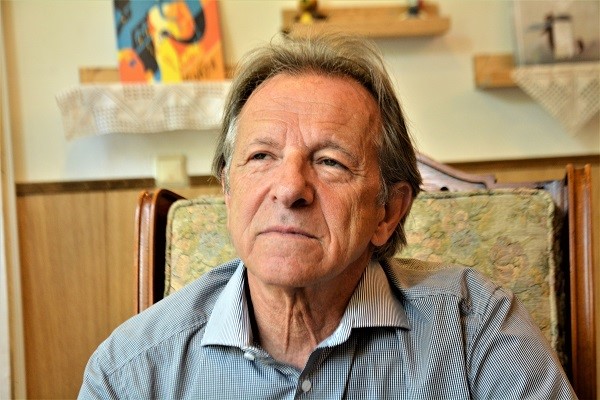 CIVIL: Can the battle against hate speech and false news be won, and how?

Every contradiction to these familiar principles, journalism, the journalist profession and journalists will only include them in accomplices in the ever growing production of false news and hate speech. It will promote them into ordinary collaborators of the public and secret centers of various political and business powers to whom positions, privileges and money are important, and to whom the truth, democracy and the public judgement are unknown categories.

Civil was and will remain the voice ...