The votes of the less numerous ethnic communities in the country (Roma, Serbian, Bosniak, Vlach, Turkish…) are very important during elections. After the elections, the leaders of political parties of smaller ethnic communities get “crumbs” and some personal benefits, and that’s all. For the most part, their voters are left with nothing, but with hope that something will change, until the next voting…

“Gypsy by gypsy pulled by the ears”, “fights”, “flour”, “cooking oil”, “500 denars for one vote”…these are the first associations I think of when the Roma are mentioned, in terms of the election processes. Unfortunately, from the work on the ground, and from CIVIL’s reports, it can be concluded that the Roma ethnic community is used as the (most) cheapest, but precious electorate. Throughout Macedonia’s election history, the cheap vote of the Roma has been abused many times. Some political structures, even of the Roma political campus, g(i)ave the votes of the Roma on a bronze tray for little money, and thus seal(ing)ed the fate of the Roma community, which for years does not have a say in matters and its own real voice in any sphere of social changes.

What was new in these past presidential elections is that a group of young and educated Roma, from several NGOs, formed the initiative “Avaja” (we are coming), and during the presidential campaign managed to collect 10.000 signatures and to receive a promise from the future President, in this case Stevo Pendarovski, that in his cabinet he will have an advisor from Roma ethnic affiliation. Pendarovski composed his team, but in his team there are no Roma.

Will the Roma this time again be deceived?

In the past several election cycles, in addition to the vote-buying, the incidents happening among the Roma during the election campaigns have also become quite known. The headlines of journalist archives and reports of CIVIL’s observers testify to such situations: “SDSM bribes voters with rotted meat in Sutka” (2011), “VMRO-DPMNE is bribing Roma voters with cooking oil and bags of flour” (2013), “Sekerinska attacked by Amdi Bajram” (2014), “Election vote-buying of the Roma with firewood” (2016), „Amdi caught handing out money“ – (report of an observer of CIVIL), „A chain is as strong as its weakest link“ – (testimony of CIVIL), We voted „for a better life“, for now to be barely surviving off a landfill!“, „Residents of Bair, Bitola: The politicians at these elections will not mislead us with water!“ or „the bomb“ of former Minister of Interior Gordana Jankulovska where she says “Gypsy by Gypsy, pull them by the ears and take them straight to voting”…

The public witnessed when the mayor candidate Elvis Bajrami was beaten up in Suto Orizari, while from the MOI they informed that several people who had participated in the fight had been identified and called in for questioning, and that evidence was being collected for further action. But nobody knows whether someone was held responsible for violation of the election process.

This case was also not resolved and was put “under the rug”, just as Amdi Bajram’s attack on Radmila Sekerinska on election day in 2014 was, or as there still isn’t any report for former mayor Elvis Bajram, when he beat up a citizen at the market in Sutka.

Suto Orizari and other Roma neighbourhoods in the country have so far been treated as ghettos, and there is practically no work being carried out on educating the voters, the rights and obligations are not explained to them, in short, nobody cares about them until the moment they need to be “pulled by the ears” and put in front of the voting boxes. And not only the Roma neighbourhoods, but also in places where there are citizens who belong to the less numerous ethnic communities, there is also no interest for their inclusion in society.

The question is, why are the Roma always used for dirty campaigns? They are one of the smaller groups of citizens, but they always filled reports of observers and headlines in the media for election violations, vote-buying and fights. Why is it that they say they have no power to influence the end results of which of the bigger political parties will be in power? This in particular, given the fact that the votes of the Roma are fragmented and they do not vote for one representative, because there are several Roma political parties.

Yet the cheap Roma vote is precious in certain moments. For example, the votes of the MPs Samka Ibraimovski and Amdi Bajram played a significant role for the Prespa Agreement. As well as the votes of MPs of smaller ethnic communities.

Nevertheless, the valuable, often deciding, vote of the less numerous ethnic communities, so far cheaply bought, is forgotten immediately after the votes are counted, right up to the next voting! 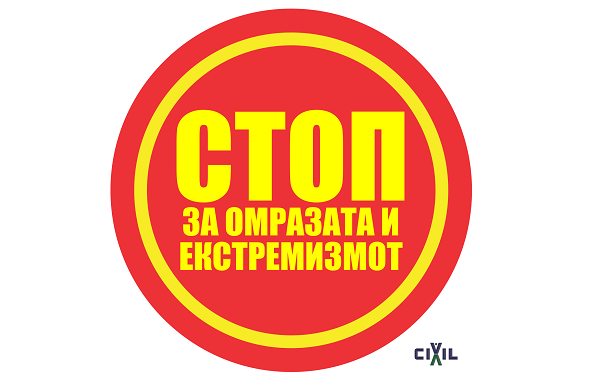 Before raging, nationalists and hooligans should read ... 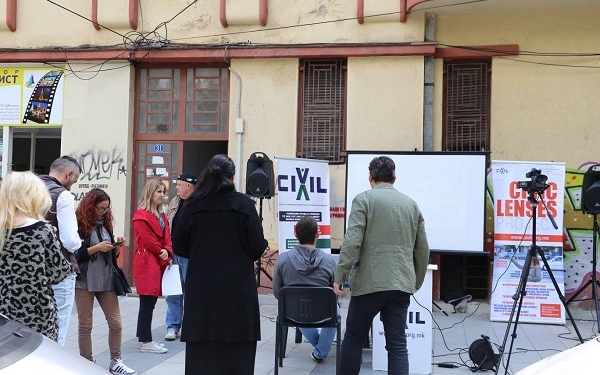 CIVIL is always in defence of human ...