What were and what are the key challenges? How to achieve a more visible and more influential civil sector and better results in the future? These are some of the topics that will be discussed by veterans in the civil society sector and CIVIL’s most prominent collaborators at the Conference “Between hopes and reality”, which is part of the organization’s activities on the occasion of marking 20 years since its founding.

The event will be held on November 29, in the Museum of the City of Skopje, starting at 1.00 pm.

Diana Tahiri and Maja Ivanovska from CIVIL will moderate the event, while Petrit Saracini, Director of the Freedom Festival 2019, will open the event with an introductory speech.

CIVIL’s program in the next two weeks, in addition to the conference dedicated to civil society “Between hopes and reality” on November 29, also includes the panel discussion “Ramp” on the occasion of International Day of People with Disabilities, a multimedia Freedom Festival on December 10, International Human Rights Day and many other activities. 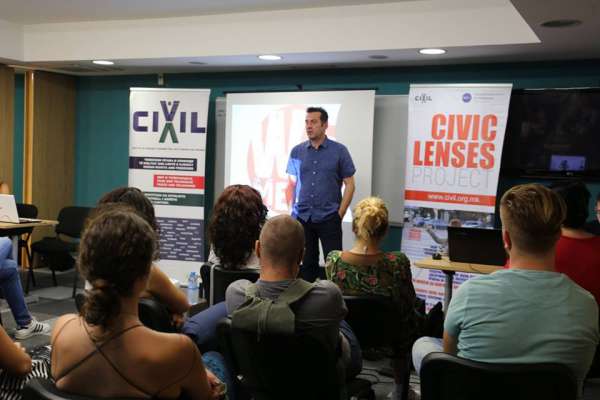 Much more than a CIVIL press conference, ...

CIVIL and Zdravkin in a joint action ...