The political campaign is still not over for former Health Minister Nikola Todorov, who was list carrier in electoral unit 2, from the political party VMRO-DPMNE. 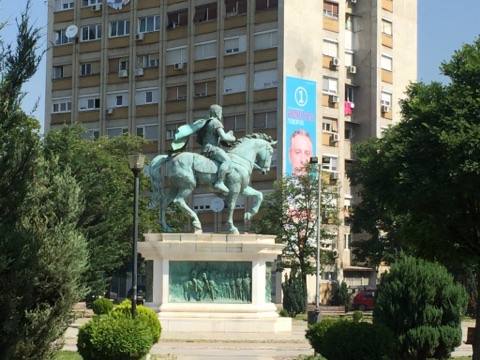 His huge propagandistic poster is still standing on a building that is near the square in Avtokomanda. Early parliamentary elections were held over a half a year ago, on December 11, 2016. After the leader of SDSM, Zoran Zaev, formed a new government, Todorov resigned as a Member of Parliament, because, as he pointed out – he would devote himself to his lawyer’s career.

“We are the media” in Kavadarci