A citizen journalist from Skopje sent photos and a video to the editorial office of CIVIL Media, from a kindergarten in Cair conducting religous indoctrination of the children who visit that institution!

The video and photos that were downloaded by the citizen journalism from the Facebook page of the kindergarten “Bleta” (“Bee”), which following the fierce reactions of the citizens on the social networks, were all deleted yesterday.

The video shows children performing ritual walking and religous singing around a black box, which represents the improvised “Kaba” – a holy object in the mosque in Mecca. 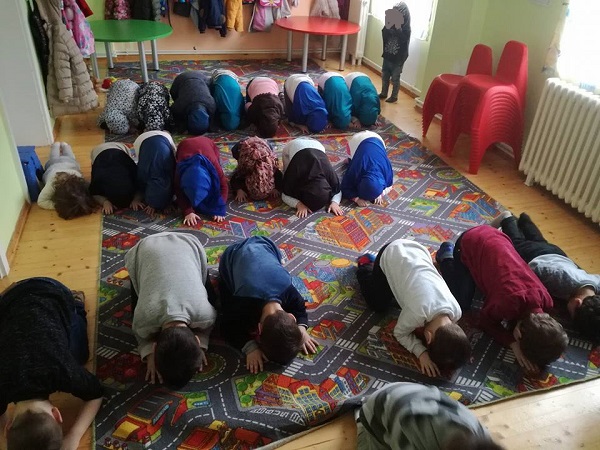 Furthermore, there are photos that show children being taught to kneel. The kindergarten even has a “board with pictures” of the third generation, where there are even pictures of the kindergarten teachers, one of which is n a niqab (a cloth that entirely covers the woman, except for an opening around the eyes).

The video and the photos have caused an avalanche of reactions on the social networks.

The important thing is that construction goes ...