What are cyberattacks? What is their purpose? Are they abused for political purposes, and how much? How do cyberattacks affect activists and activism in general? Are there mechanisms for protection? Does the impunity of hackers in Macedonia make the country a suitable ground for spreading this type of attacks? These are just some of the questions that were discussed today by panellists at the panel discussion titled “Cyberattacks – a pre-election weapon” that was organized by CIVIL.

President of CIVIL, Xhabir Deralla, who opened and moderated the panel discussion, noted that internet attacks can harm the election process, as citizens cannot inform themselves timely and correctly. 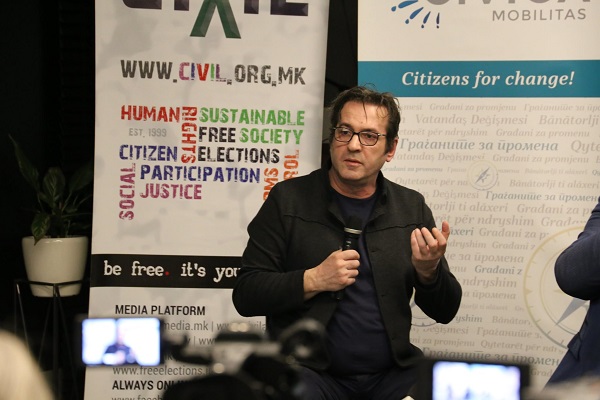 “A website crash lasting just a few minutes or hours can contribute to an advantage for certain political structures, especially when the attacked media outlet informs on irregularities or violence in the election process”, stressed Deralla.

He added that CIVIL’s media platform has also been targeted by hackers several times, but that the situation currently is stable.

“If you have a situation where Free press (Sloboden Pecat) or CIVIL Media have been attacked, it is not of any major consequence, but if the system is attacked, it can claim human lives. It’s equal to a terrorist attack”, said Deralla.

Analyst, journalist and professor, Saso Ordanoski, at CIVIL’s panel discussion “Cyberattacks – a pre-election weapon”, spoke about the recent cyberattack on the server of “Sloboden pecat”. 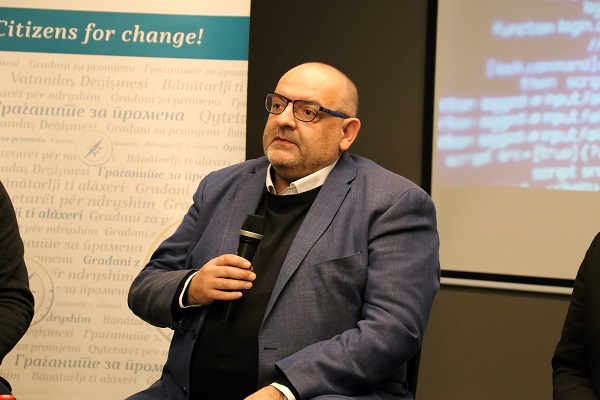 “Sloboden pecat” has managed to double and triple its traffic in the past two-three months and to become one of the 10 most read information portals. And that probably was one of the reasons for the attack that lasted for several days. The attack actually impedes the traffic on the server. 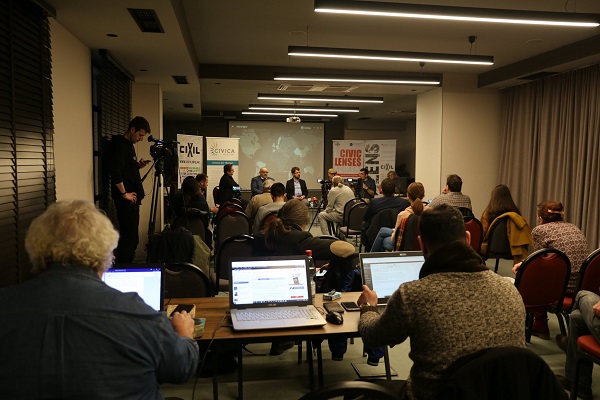 The company reported the attack to the Department for cybercrime within the MOI, not only because it is a serious attack on our company, where certainly you have huge moral and material damage, but also because it is a rare opportunity where addresses have been identified and we considered that it is important to identify the manners in which these attacks were carried out. To check whether their servers have been hacked, which is very likely.

If this attack is a rehearsal before the elections, it can have serious political implications. Imagine what can happen if on April 3rd someone hacks the server of the Pension Fund, for instance. People who were joking that day are not the ones behind this, rather it is an intentional, organized and deliberate attack”, said Ordanoski.

“In our country there is a history of such attacks on websites of media and civic organizations, but we also have a history of various attacks on state institutions, banks and similar, which is not mentioned in the public, as those who are attacked don’t want to be displayed as victims or insufficiently protected, especially institutions that keep important things, banks that keep money of the citizens, but I find this to be a serious threat, not just here, but also in the world, stated Filip Stojanovski, Director for Partnership and Resource Development in the Metamorphosis Foundation. 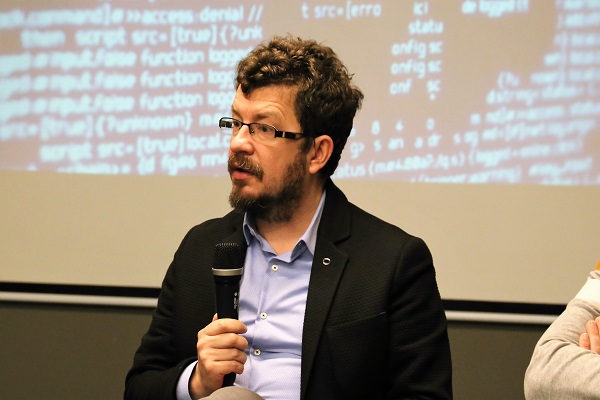 Stojanovski stated that in our country we have two types of cyber-attacks, direct and “DDos” attacks.

“Direct hacking, with the purpose to enter and to create damage, to change a certain content, and I think that it is definitely necessary to increase computer security. DDos attacks –come from a network of computers and send requests for access to contents. What is important is that such networks can be created not only in the ownership of those who attack, but also by releasing viruses, which function continuously”, said Stojanovski.

Ermin Klimenta, web developer at ELAMI, spoke about his experience working in CIVIL and about the attacks and problems that he faced several years ago.

“We had thousands of views every day, and when they are distributed over 24 hours it is not a problem, but the servers that we had were not prepared to withstand those attacks. Not only did the attacks take down our server, but the company also deleted our site. Luckily I had done a “backup”, we restored the site on another server and in the following minute the attacks started again”, stated Klimenta. 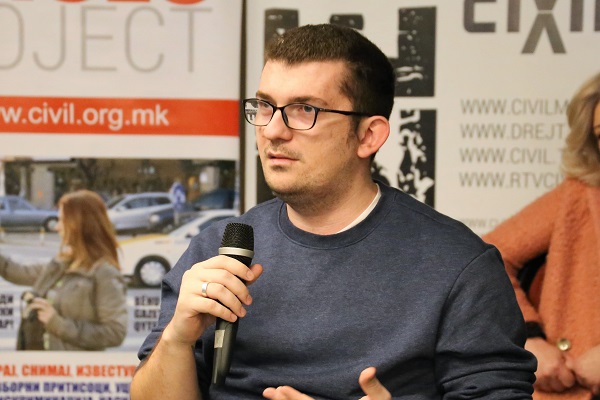 “Cyberattacks are a global problem, they are everywhere, and are especially directed at the media, and the smaller a media is, the easier it is to harm it and then delete it. Such a thing cannot happen to bigger companies, such as Facebook, for example”, added Klimenta.

Activist and blogger Jane Gjorgjioski spoke about how cyberattacks affect activists and ordinary people, but even bloggers. 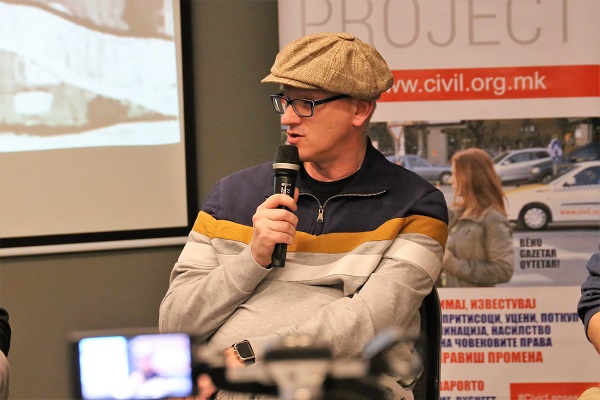 “It is very interesting how these attacks on traditional media affect the motivation of individuals to express their own opinion on their private profiles on the social networks. You can imagine how a blogger feels about his own security when he hears that a media outlet such as “Sloboden pecat” has been attacked. Interesting things have happened to me, hacker attacks on my blog from neighbouring countries, but there have also been directed attacks that always took place before elections when we bloggers were very active. It is up to everyone whether they will withstand these attacks and succumb to fear or will continue on”, said Gjorgjioski.

CIVIL SEMINAR IN STRUMICA: DO NOT MISS ...