CIVIL – Center for Freedom wishes all citizens of the Republic of North Macedonia a peaceful, free, fair and democratic election day.

As always, CIVIL fosters the principle of zero tolerance for election irregularities.

Even the slightest form of irregularity and non-compliance with the laws and procedures is a violation to the right to vote and destroys the dignity of the election process. Therefore, all participants in the election process are urged to maximally respect the democratic standards and legal regulations and to contribute to free, fair and democratic elections.

CIVIL publically expresses its gratitude for the numerous messages of citizens from throughout the country, expressing their trust and support for the organization.

Citizens can report to CIVIL election irregularities such as pressures, vote-buying, abuses, problems with the Voters Register, violation of the election silence, hate speech, false news, that is, everything they consider not to be in accordance with their understanding of free, fair and democratic elections,

CIVIL demands from the political parties and their officials, members and activists to respect the Electoral Code, the Constitution and the laws of the Republic of North Macedonia, to respect the election silence and stop any possible plans, if such exist, for vote buying, pressures and manipulations of voters.

Any attempt to disrupt the election silence and violation of the laws and standards related to the election process have to be immediately stopped and sanctioned. There must be no tolerance for any kind of pressure, threat or corruption (vote-buying).

INSTITUTIONS HAVE TO ACT

CIVIL encourages the relevant state institutions to maximally use all of their legal competencies and to carry out a legitimate, free, fair and democratic election process. They do not have to wait for complaints and appeals, rather can act according to their own findings and opinion. The public expects this from them.

ELECTION BOARDS HAVE TO ADHERE TO THE LAWS AND DEMOCRATIC STANDARDS

All members of the election boards have to respect the integrity and work of the observers and journalist teams and under no circumstances should hinder their work.

CIVIL demands from the members of the election boards to strictly adhere to the procedures of the Electoral Code, to be polite, professional and dignified in carrying out their tasks on election day. They must not succumb to pressures and corruptive action of certain political party structures. They need to contact the Municipal Election Commission or the State Election Commission for any information they might need. They need to report any attempt for pressure against them to the police, but CIVIL is also available for reporting of such cases

CIVIL calls on the citizens to vote freely, according to their own belief. They do not owe anyone anything. Everything that the parties and candidates promise them at any elections, actually belongs to them, according to the Constitution and the laws of the Republic of North Macedonia.

All citizens who will not find themselves on the Voters Register, can report this to us. All they need to do is to leave us their name, last name and place of residence

CIVIL has concluded that, uunfortunately, the SEC and other institutions did not find the time and manner to resolve this problem, but it is important for all shortcomings to be reported, so that the problem can be solved as soon as possible, once and for all, after the elections.

The media have to be impartial and professional. Journalist have a great social responsibility in this period. CIVIL encourages them to be up to their task and manifest maximum professional and moral responsibility. CIVIL is at their disposal for any problem they encounter. 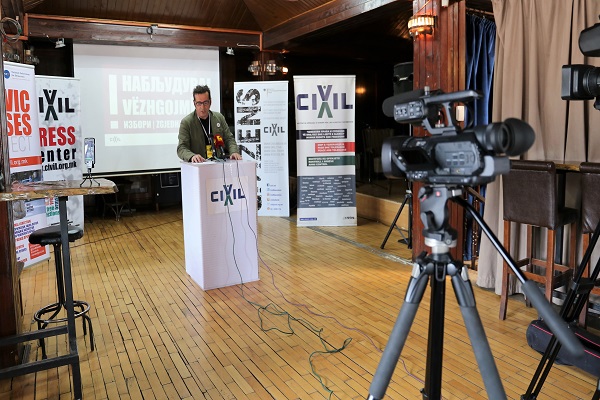 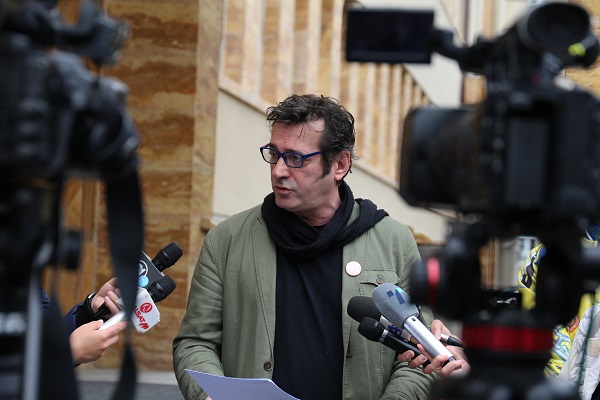 Deralla: The message is simple – end ...