A story of a citizen journalist awakes Krusevo authorities!

The story of citizen journalist Sotir Gabeloski about the sports hall “Vojvoda Gjorgji Stojanov”  in Krusevo, has woken the local self-government from sleep.

The Municipality of Krusevo yesterday published an announcement in which they say that the sports hall has been repaired and cleaned and that rules are being introduced for its use. The announcements states that those who would like to use the sports hall will have to pay 300 denars per hour, to the account of the municipality. 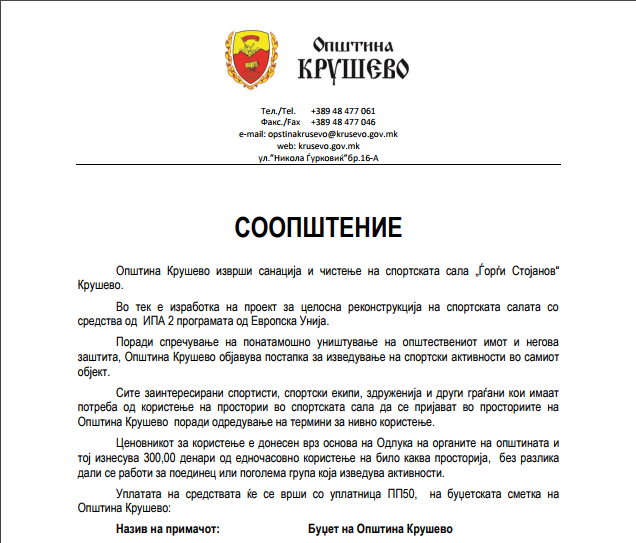 Even though the Municipality claims that this is the first time they are introducing this manner of using the hall, the citizen journalist says that this type of usage of the sports hall had been promoted more than a year ago. Gabeloski says that, except for the lock that has been changed on the front door, the hall can still be easily accessed since the broken windows have still not be replaced with new ones. 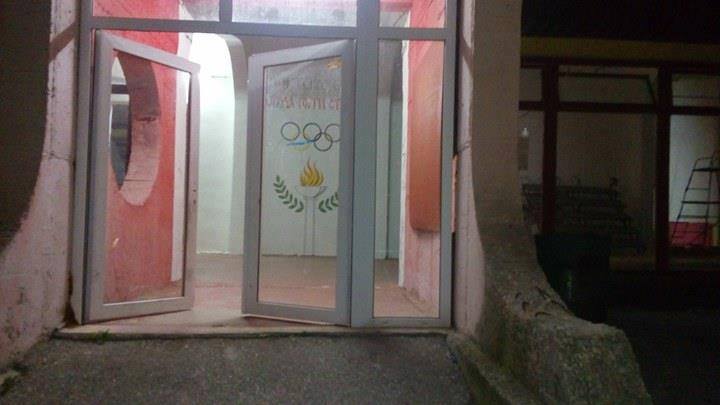 Furthermore, the announcement of the Municipality of Krusevo states that a project for complete reconstruction of the sports hall is being prepared, financially supported by the European Union, even though the sports hall had been renovated 6 years ago, more specifically in 2011. The reactions of the local authority in Krusevo came after photos were published on the Civic Lenses website, which belongs to all those who are interested in citizen journalism. The story that was published then, showed the desperate situation of the sports hall, with broken windows and without locks on the doors.

In the past two years of the “Civic Lenses” project, the contributions of citizen journalists have encourage the authorities in the country to take steps towards solving the problems of the citizens.

Workshop for the bold and determined!

Presentation of citizen journalism in the center ...