Home›Newsroom›March against bilingualism in Kicevo

Several hundred people in Kicevo tonight, at a peaceful march that started from 6.00pm in front of the Cultural Center “Koco Racin” and continued through the center of the city, expressed their discontent from what they say is compromising the unitary character of the state. 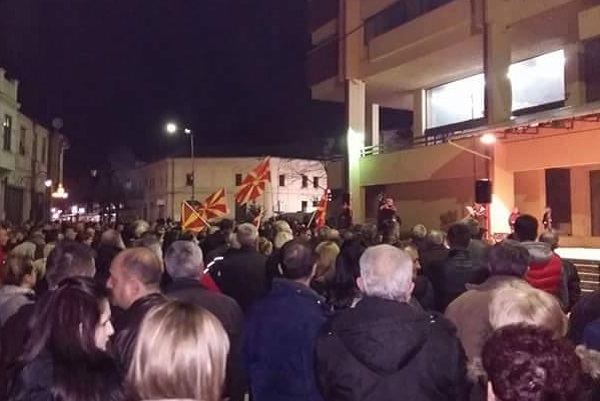 They are categorically against SDSM leader Zoran Zaev forming a government with the ethnic Albanian parties, accepting their condition by introducing bilingualism, changing the name of the state and other demands that lead to introducing cantons and completely endangering the national interests. 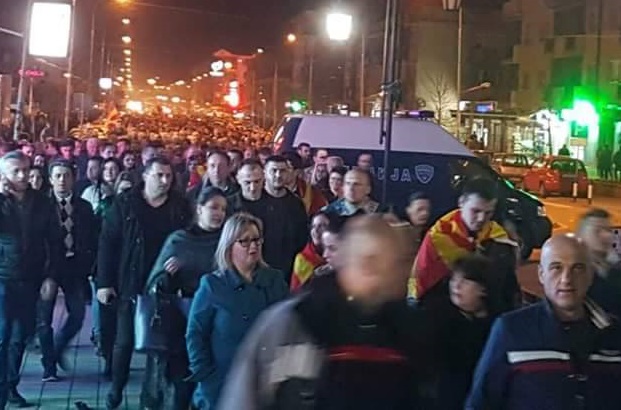 The participants at this march, mostly supporters of the policies of VMRO-DPMNE, protested with the familiar iconography, singing Macedonian songs and shouting out slogans “We have existed and we will exist”, chanting: Macedonia, Macedonia…