The Mayor of the Municipality of Veles, Ace Kocevski, was one of the speakers at CIVIL’s seminar “Transparency and responsibility in the political processes”. Kocevski spoke before his fellow citizens about the partnership and cooperation of the local government with the civil sector and the joint contribution towards better living conditions of all residents of the municipality. The Mayor, in the first part of his speech, focused on presenting that partnership through transparent and responsible policies at the local level, of which he himself is the driver. 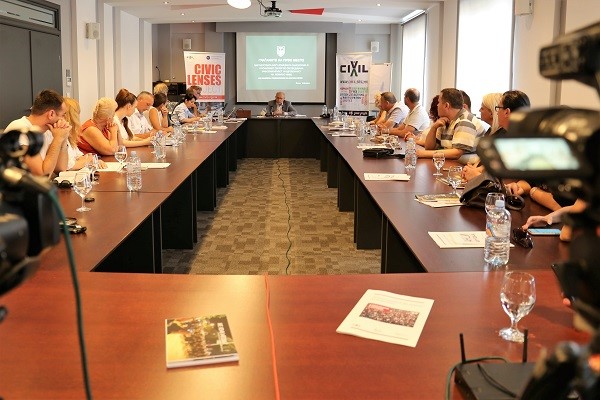 “There cannot be real democracy in society if there is no developed civil sector. I think that it is a reflection of the degree of development and political maturity in a society. The civil sector is a bridge between the citizens and the institutions, it should put strong pressure on adoption and implementation of regulations. At a time when we have strong degradation of the system of values in society, I think that it is very important how civil society organizations will act in the interest of the citizens in order to have a society in which it won’t matter who is from which party, but rather have a society based on values”, highlighted Kocevski, stressing that in the past when he was a mayor that the municipality served as an example in terms of how it should cooperate with civil society organizations.

“Veles was a municipality that served as an example, but that time has passed, we cannot live on those laurels, but rather should follow the latest trends… Unfortunately, times have changed a bit, Veles is in a strange situation, together with Skopje and Kumanovo it was one of the most developed industrial cities in Macedonia, however, today it has become noticeable for many bad things. It has become an informal capital of false news, before that we were known for the pollution. The collapse of the big business companies did its thing, this also reflects on the budget of the municipality… only the bishop and the Vardar Archbishopric are left… What I told the citizens in the election campaign will remain as my priority – for Veles to be a municipality with zero corruption. I inherited the municipality with debts of almost three million and I decided to return a large part of that, and that costs me dearly. We work honestly, principally and responsibly, and give the maximum of what is possible”, stated Kocevski. 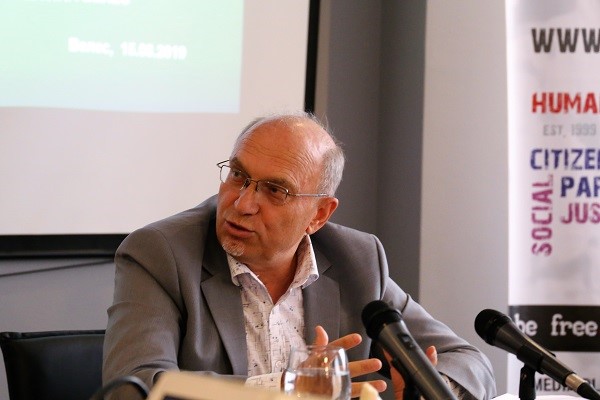 Ace Kocevski, Mayor of the Municipality of Veles: “Veles has become an informal capital of false news, before that we were known for the pollution. The collapse of the big business companies did its thing, this also reflects on the budget of the municipality… … only the bishop and the Vardar Archbishopric are left”. / Photography: B. Jordanovska, CIVIL

In regards to the transparency and accountability before the citizens, Kocevski outlined that every year a report is made on the work of the municipality, the budgets, the information from the work of the council, with the purpose of as many people as possible to learn and to be involved in the work of the local government.

“The cooperation with the civil society organizations was at a high level, we served as an example of how it should be done. We did a lot then also with the reconstruction of a barrack that we called the house of NGOs. After we won the fight with the Smelter, the activity of civil society organizations sort of decreased. Times have changed now, as we adjust, you will also have to adjust. Opportunities are opening up for applying for EU projects, quality projects are required, that is why we need to invest in human resources, in networking, in quality preparation of projects”, said Kocevski.

“We have a rather ironical situation, we have so many unemployed, and yet we have a serious shortage of a qualified labour force. We feel this shortage of quality staff in society. Our society is seriously being transformed, and I have the feeling that we are not ready to adjust. Currently, we don’t have a building inspector, while illegal buildings are emerging everywhere. Cooperation is very important for me, partnership with civil society organizations, because this can result in improving the quality of citizens and democratization of the processes”, explained Kocevski, giving a broader image of the situation of Veles.