Social justice, pollution, communal problems, hate speech and citizen dissatisfaction are the topics of the stories of citizen journalists who were awarded five prizes today from CIVIL – Center for Freedom within the framework of the Civic Lenses project supported by National Endowment for Democracy. 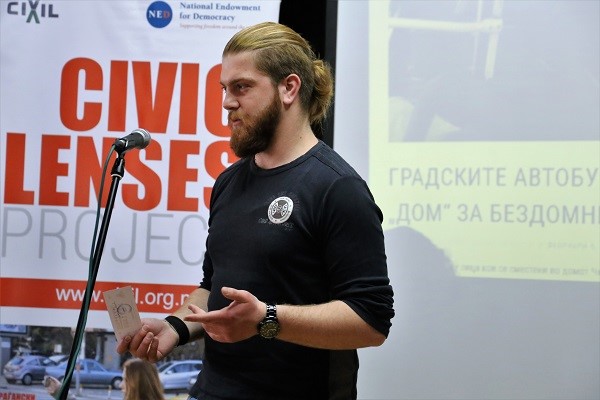 One of the two fourth prizes went in the hands of citizen journalist Vulnet Mahmuti for the photo-story “City busses a ‘warm home’ for the homeless people”. Mahmuti’s photos are about the homeless people (usually children) who use the city public transportation in the winter time to warm themselves and to rest. 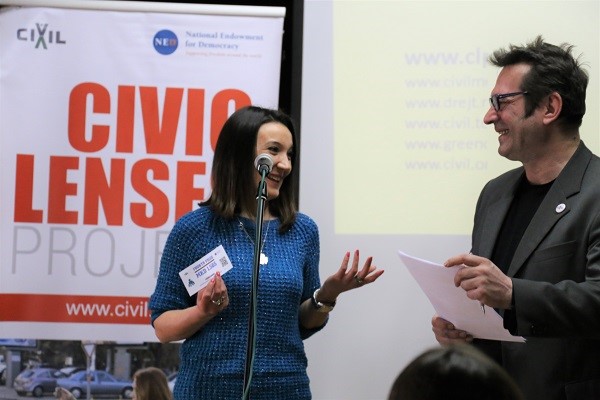 Nebie Zaimovska, representative of the group of fourth prize winners

The story “Ohis chemical factory is not working, but is polluting” by citizen journalist Vlatko Misevski was the winner of the third prize. This story stirred huge public reactions, because on the same day when the videos and photos were made, on January 22, the State Environmental Inspectorate announced in the media about their extraordinary inspection supervisions on industrial facilities in the country.  In the announcement of the State Environmental Inspectorate it is said that no pollution by OHIS had been concluded, since “they are not working for years”. On the other hand, Misevski’s story shows that still there is still work carried out there every day.

The second prize went to citizen journalist Kanoj Shaban for the photo-story “Hate speech of the Komiti: Pork for Ramadan!”. 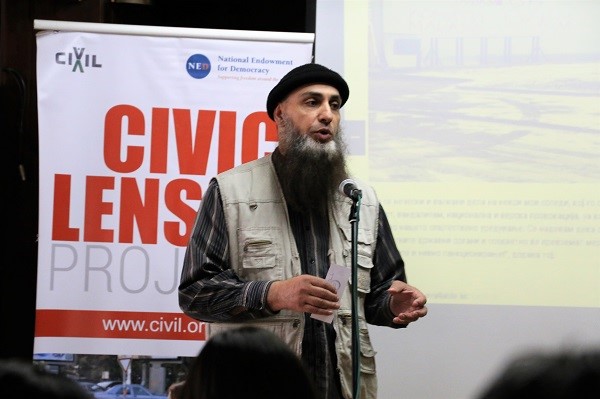 The “Komiti” with hate speech and insulting messages celebrated Christmas Eve, by writing on the wall of a store in the neighborhood Madzari: “Pork for Ramadan” and “shqiptar ....”.

“These are dishonest and dirty acts of some neighbors of mine, which reflects their immorality, ignorance, vandalism, national and religious provocation, for which there isn’t and shouldn’t be any place in our social system. I hope that this will reach all relevant state bodies and that they will accordingly take measures for finding the perpetrators and for their sanctioning!”, said Shaban.

After this story was published, Shaban recognized in CIVIL, as an organization, a place where he can talk about his problems and the discrimination he faces every day, because of his ethnic and religious background. CIVIL Media conducted an interview with him, in which he speaks about the obstacles and problems that he and his family have faced over the years, just because they are “different” from their neighbors and fellow citizens. 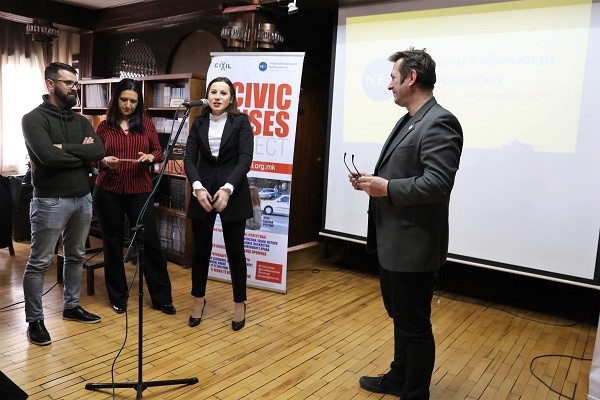 Delfina Janeva, Julija Nikolovska and Rihad Redzepi are part of the team of winners of first prize

The story “Mini landfill near the Veles market” of a group of citizen journalists – participants of the seminar in Veles won the first prize in this cycle.

There is a mini landfill in the old part of Veles, that is, in the city market. But the biggest tragedy is that right next to it there is a kindergarten in which there are about three hundred children.

Residents that live there say that the smell is unbearable, especially in the summer days. The story was made by Blagojco Kostadinov, Julija Nikolovska, Jovan Jovanovski, Rihad Redzepu and Delfina Janeva.

Survey: They don't think about the people, ...

Mini landfill near the Veles market